What gave you the idea of making a movie based off the zodiac signs?
The original idea was about blood types and we were interested in the idea that your blood type will show what type of people you are. And with the treatment, Kimmie Vu, the first-time screenplay writer persuaded us with this idea with funny situations and charming conversations/characters. Then we picked Vu Ngoc Phuong as the first-time feature film director for this project and he persuaded us to change to zodiac signs. It was persuasive as zodiac signs are more trendy in Vietnam than blood types. 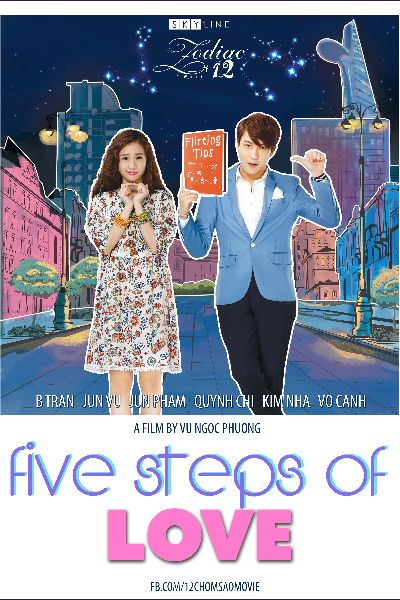 What challenges did you face in making this film and how did you overcome them?
Main crew and cast, from Director, DOP, all lead casts, line producer,… are first-time players in feature film production market but we decided to give them a chance as I trust that the new generation is making good efforts via products they have had and they deserve to have a bigger challenge in their career. We are young and new either, so I prefer to work closely with them to overcome difficulties they face. 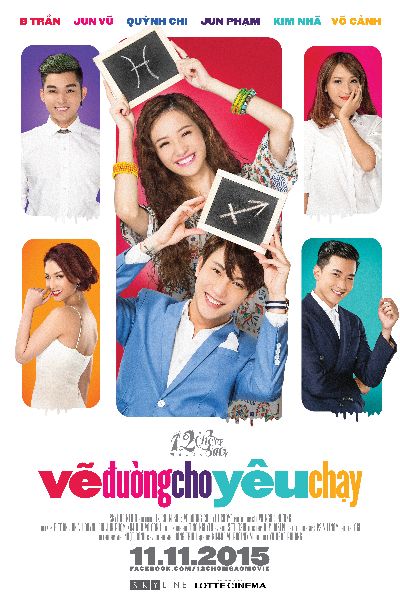 Why do you think the Vietnamese community are drawn to romantic comedies?
We believe that everyone in the world are interested in romantic stories or love stories that reflect practical and real things that each of us have experienced in life. So that is the base we decided and added comedy in as an interesting flavor, plus the new and trendy topic about zodiac signs in, to become a mixed bowl of Zodiac12: Five Steps of Love. Moreover, we also believe that market trends in Vietnam are changing when audience has enough of pure comedy and now, they need something more than that, they want to have something to bring home after leaving the cinemas.

How did the idea of incorporating Kung Fu into Pho come to life?
The idea went to life when we talked to the author that we wanted something comedy and action but highlighted our unique culture of Vietnam. They presented this idea and we were so in love with it as this is a creative combination of these two factors. 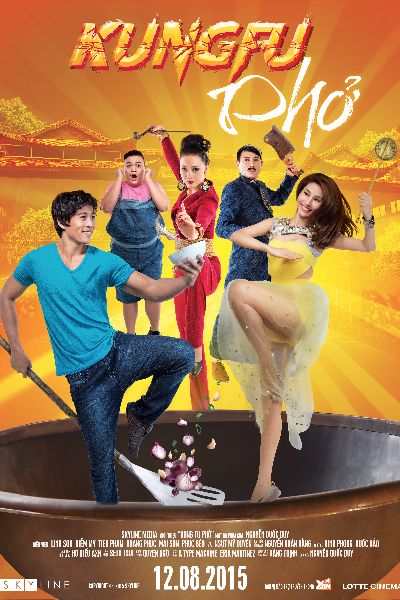 Was the process of casting fun for this film?
The process was long and stressful as we didn’t see lots of potential options. These roles are quite new and strange that we didn’t have lots of reference from the cast to consider. It took us two rounds to finalize the cast as at that time, we have time conflicts between our two back-to-back projects of Chung Cu Ma and Kung Fu Pho. We had to change, replace a few to adapt to the situations.

Prior to “Kung Fu Pho,” it appears that Linh Son already had a built figure. Was this taken into account when selecting him as the main lead?
Linh Son is popular for his good shape body but this was not the top one factor to select him. His face and acting style were. We felt that he can be into the character that is naïve, kind, humorous and his smile is also a plus as it showed that too. And one more interesting thing, he is kind of professional biker, you can see that he controls his cheap bike very well in the movie

Where is your favorite place to get pho?
You can get Pho at every corner of Saigon in specific and in Vietnam generally. We have Pho chains, Pho traditional shops, Pho as street food and Pho at home. And nowadays, we have many variants of Pho as well. But my favourite traditional Pho is Pho Le on Nguyen Trai street in Saigon and Pho Cuon on Truc Bach street in Hanoi. (Yummy!)