1. How did you introduce the idea of making a film to Thao and her family? Tell us about their reaction and the process of building trust with them.

My relationship with Thao started as a friendship. I first saw her photograph and knew I had to meet her no matter what. The film was secondary to that connection. I never went into this process thinking I was going to have to “sell” Thao and the family on a film – convince them of being on camera. Maybe that was naive of me, but it all worked out quite beautifully. Thao is surrounded by an amazing family who embodies love, kindness and generosity. I have been blessed with their trust, vulnerability and willingness to share their feelings and open up their lives, and I never took that for granted and have always considered it an honor. From the beginning there was sincerity between all parties which laid the groundwork for trust to continue to bloom. Thao has a huge heart and unbelievable instincts, and I think she knew we had a special connection early on – from our first email exchanges on Facebook. I don’t know as either one of us knew exactly where this connection would lead, but we trusted the journey and luckily all the people surrounding and participating in this experience where committed to that journey as well. 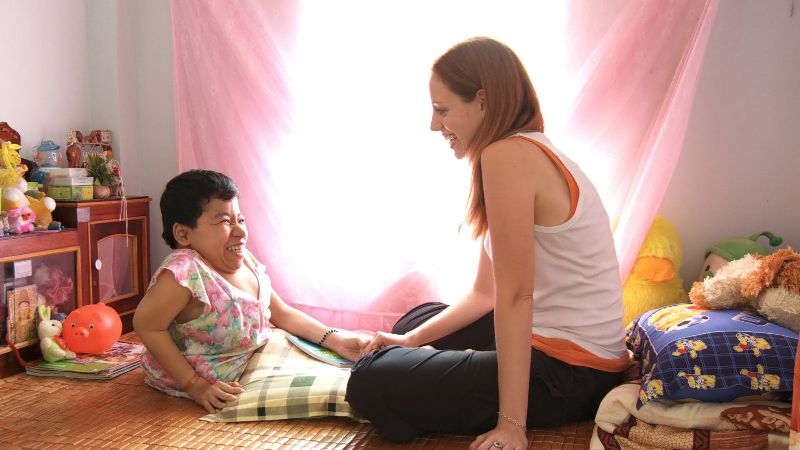 2. Throughout the movie, you share your inner thoughts on the nature of sisterhood, loss, love and finding life’s purpose. How has it felt to share these very personal reflections with a wider audience?

It’s a very vulnerable position to be in, but for me it’s the appropriate place to work from. If I am to ask an audience to sit down and watch this film, I must be honest with them. I must speak from my truth and with my heart. The only way out is through. The path I walked in this film and throughout the process of making it was dark at times. I was exposed, but it was necessary.

There was a time when I didn’t want to let go of the film. It was our first big premiere and I was scared not because of what people would say or the reviews or if people would like it. It was because this story is my heart… I lived with Thao and my sister every single day for years seeing their faces and hearing their voices in the footage. They were my partners during this entire process. This film was my life and I was scared because I didn’t want to let go. I didn’t want to let go of Thao and Vicki. I’ve come to realize the opposite has happened. I’ve been able to share these two beautiful women with the world and they’ve leapt into the hearts of so many. I has been an unbelievable privilege to work on this film despite all the grueling hours and days and years it took to make it. So, how has it felt to share all of this? It’s a combo platter of emotions and I’m grateful for it all.

3. The photography in the film is gorgeous. Tell us about your collaboration with your director of photography and other members of your team. What was the experience of filming in a rural area like?

Stephen M. Katz is an amazing photojournalist who signed on as our DP. It was through his photography I was originally introduced to Thao and her simple request. From the beginning, Stephen always told me that the goal was to become the least interesting thing in the room. I must say, he’s a pretty interesting guy and we are in rural Vietnam – far from home, and we stick out like a sore thumb. So, for him to become the “least interesting thing in the room” was not an easy feat. He shoots with grace and is able to find a point of view when shooting that I’ve always found incredibly moving. His heart is evident in his work. In addition to Stephen, we were blessed to have a team of shooters: Chris Tyree, Kyle McKeveny, Leandro Badalotti and myself all coming and going throughout this process. All brought phenomenal work to the table and really captured the spirit of the family and of the beautiful countryside of Vietnam.

4. Before meeting Thao, how much did you know about the history of Agent Orange? What do you want audiences to take away regarding its impact in Vietnam? 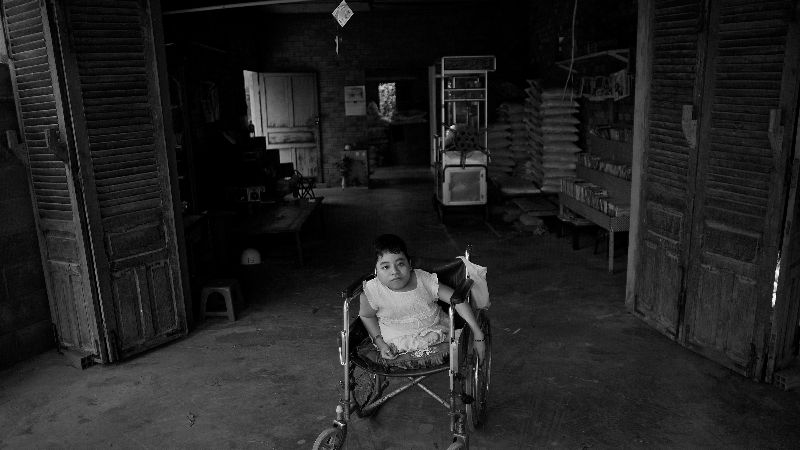 I knew a bit about Agent Orange from history books and from my good friend Stephen’s experience. What I did not know and was absolutely shocked to find out is that there are children being born to this day – 40 years after the end of the war – with the effects of Agent Orange poisoning. Many of these children reside in orphanages that are filled to capacity. It’s obviously a very serious problem that is not going away. It begs many questions. Is it the water? Is it in the soil? How do we stop this from being passed on through the generations? What kind of funding and researching is being done to find answers?

I also learned while sharing the film and talking about the project that most people 30 years of age and younger in this country have no idea what Agent Orange is. It is as if it has been erased from the textbooks, yet its effects are still very much alive. I want audiences to know that these children living each day debilitated by Agent Orange do exist; that this continues to be an intensely grave problem; that the choices governments make when engaging in war, in chemical production, or anything of the kind, can have a devastating impact long after we are gone. What is our responsibility in all of this? What can be learned? How do we mend fences and build bridges of friendship between the US and Vietnam? How do we make sure this never happens again? It’s a lot to consider, but I believe it opens the door to vital conversation.

5. Do you have any upcoming projects or plans that you’d like to share with the VFF audience?

Yes! We just screened the Vietnamese version of Thao’s Library for Thao and her family in the library in Vietnam. Thao sat in the front row center and she laughed and she cried and she loved it – for me that was everything, that was full circle.

In regards to future film projects, I’ve joined the team on an exciting feature length documentary film which has had an incredible life on the festival circuit as a short documentary, garnering multiple awards and grabbing worldwide distribution. Nefertiti’s Daughters is a story of women, art and revolution told by prominent Egyptian artists and shows the critical role revolutionary street art played during the Egyptian uprisings. Mark Nickolas, the film’s director, had a burning desire to expand the short into a feature film based on the ongoing fight for women’s rights and freedoms in Egypt today. I was asked to come onboard as a co-director and producer. Since my arrival, we’ve shot in Belgium, Miami and Vancouver following our main characters around the globe as they continue their story. The film is set to wrap this fall with a release date in early 2017.