This year Viet Film Fest is proud to curate Coming Out, Coming Through, a setlist that highlights queer films by queer filmmakers of or about the Vietnamese community. In expanding relationship dynamics outside of sexuality and intimacy, Viet Film Fest’s Humanities Out There (H.O.T) Public Fellow June Ke interviewed Heather Muriel Nguyen, Director of THƠ. This interview has been edited and condensed. 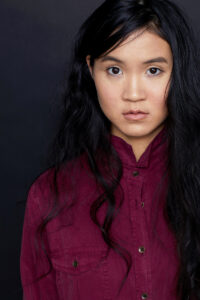 THƠ explores the challenges of dating men as a young asexual woman. What inspired you to undertake this project and why did you wish to star in it?
I created the film THƠ about three months after the latter half of the film’s events happened to me, to reclaim ownership over my story and body and make sense of the trauma resulting from both toxic partners rejecting my asexuality and autonomy. My storytelling has always been visceral, and my therapy homework at the time was to gradually expose myself to the moments that reminded me of the sexual trauma and understand that it happened to me. But if I was going to relive and process the trauma, I wanted to make art out of it, because it felt like it would give it purpose beyond my personal pain. I wanted to create something vibrant, sinister, and raw, to capture everything I couldn’t at the moment, with images that people who resonated [with my experience(s)] could borrow and see themselves in. I also wanted people who related to the characters that gave me so much pain to question how they approach intimacy with their own partners.

How do you see the protagonist’s Vietnamese-American identity intersecting with their sexual and gender identities?
I see my identity as a Vietnamese-American girl intersecting with my identity as asexual in how [cis-gendered, heterosexual] guys I’d been in toxic relationships with had assumed that both my ethnicity and sexuality were invitations for sex. They thought that [my] Vietnamese-American [identity] made me more sexually desirable but in an infantilizing way. Similarly, they thought my asexuality was a challenge for them to teach and prove wrong with their sexual “maturity.”  [The intersections of my identity are a] kind of strange metaphor for colonialism, and I see parallels to, how on a scale of intergenerational trauma, the U.S. invaded Vietnam and assumed dominance, leading to me and my family grappling with who we are beyond terms that make other people think of brokenness or loss. At the same time, I see my identities as a Vietnamese-American asexual as deeply beautiful, most notably in the open conversations with my parents and siblings that are of emotional intimacy and fierce, unabashed vulnerability. We’re not afraid to talk about mental health and pain while [finding] joy in surviving together. To me, being Vietnamese-American and asexual means being bold and resilient.

How can people be more respectful and inclusive towards those who identify as asexual, especially when it comes to dating?
People can be more respectful towards asexual people by prioritizing their partner’s comfort and consent over their own desire for sex. Audiences, whether queer or straight, particularly femmes of color, have resonated with the trauma in the film and the metaphor of sex feeling like having to wash someone else’s dishes, [which tells me that there’s a harmful status quo of people who are assigned female at birth (AFAB) being pressured to have sex when they don’t want to or when it’s painful for them. We can change this trend with honest conversations about intimacy, and simply stopping sex when a partner says that it’s painful or uncomfortable, and not guilting them to continue. We can reframe how open communication, not sex, is the indicator of a date or relationship being successful or healthy.

What do you hope for the audience to take away from the film?
I hope the audience is empowered by THƠ to discuss with their partners about preferences for intimacy and whether they’re feeling that they have a choice when it comes to having sex or sex in certain ways. I hope more asexuals of Color feel understood and [less] alone, in watching the film or in talking with loved ones who’ve seen the film and [have] realized misconceptions they may have had about asexuality.

###
ABOUT THƠ
As Thơ ventures into romance as a Vietnamese-American panromantic asexual/ace, her boyfriend Dylan pressures her to be both sexual and straight, insisting that sex is love and that he’s worthless without it. When she begins a new relationship with the more emotionally detached Leo, she once again finds her asexuality to be an issue for her partner. But this time, Leo sees her asexuality as an obstacle to fulfilling her purpose as a woman. Questioning whether she’s actually who she thinks she is, Thơ is forced to be valued by them or fight for herself. 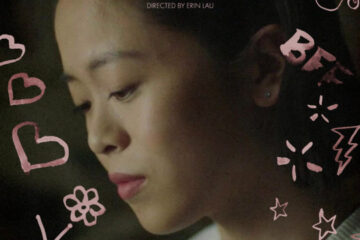 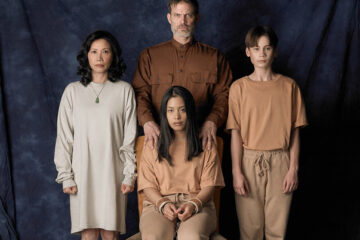